The research, carried out by the UK Building Research Establishment (BRE), demonstrated that OptiClean cuts levels of airborne particulates in the critical size range (up to 1μm diameter), which encompasses viruses and virus-containing aerosolised droplets, by around two thirds within 30 minutes. Moreover, the results show OptiClean is as effective when located in the corner of a room as at the centre.

He added: "International air quality standards, embodied in WHO, EU and UK regulations, specify limits for particles in the size range PM2.5 to PM10. The tests show OptiClean is effective at significantly reducing concentrations of even smaller particles, in the ultrafine

The BRE tests were conducted in a sealed room into which high levels of ultrafine airborne particulates were introduced. Particle sizes were carefully controlled to mimic virus-sized particles and ultra-fine aerosolised droplets. Within 30 minutes of being activated, OptiClean reduced the concentration of these particles in the air by a factor of three, maintaining the reduction for extended periods.

In the US, OptiClean was named one of TIME’s 100 Best Inventions of 2020, and in the UK was selected as Air Conditioning Innovation of the Year in the Cooling Industry Awards.

OptiClean can be operated in two modes. It can be used as a stand-alone air scrubber to reduce risks of exposure to airborne pathogens, such as virsues and aerosolised droplets, as demonstrated in the BRE research. It can also be used as a negative-pressure machine to generate a vacuum effect in a room to limit the escape of contaminated air into adjoining spaces. In this mode, air in the room is drawn through the machine, filtered, and expelled outside the building using flexible ducting.

OptiClean has two stages of filtration. The M5 pre-filter primarily provides protection for the unit from coarse airborne particles, to prevent the main H13/14 HEPA filter from clogging, thereby enhancing the unit’s effectiveness and extending working life. The H13/14 HEPA filter complies with European Standard EN-1822 and operates with an efficiency rating of up to 99.995% at the most penetrating particle size.

Three model sizes deliver airflow rates between 1000 and 2500 cubic metres per hour with a noise level as low as 51 dB(A) for use in sensitive areas such as hospitals, offices, school classrooms, libraries and hotels.

To broaden protection, the European version of OptiClean can be specified with internal UV-C lamps to target pathogens on surfaces within the unit, and activated charcoal filters to reduce odours and absorb Volatile Organic Compounds (VOCs).

The unit is easy and quick to deploy with smooth-running castors enabling it to be moved rapidly to areas requiring treatment. The electronically commutated (EC) motor is highly energy-efficient, ensuring running costs are minimised.

Matthew Maleki said: “With the average person spending 90% of their time indoors, a healthier future starts with healthier buildings. Good air quality is as important as safe drinking water. With the effectiveness of OptiClean demonstrated in this independent research, Carrier is leading the way in helping customers confidently approach building environments with a focus on what matters most – the people inside. With people now returning to offices and places of work, OptiClean offers employers and building managers a practical and visible means of reassuring people and supporting healthy buildings."

Demonstrating its belief in OptiClean, Carrier UK has deployed the air cleaner at its offices in Leatherhead and Stockport to help protect staff and support its own healthy buildings policy. Premiership rugby side Sale Sharks also recently took delivery of an OptiClean unit for installation in its changing rooms.

The BRE report with the research findings on Carrier's OptiClean. 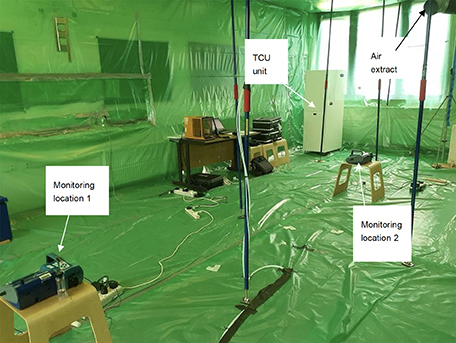 An OptiClean unit during tests at BRE's UK headquarters. 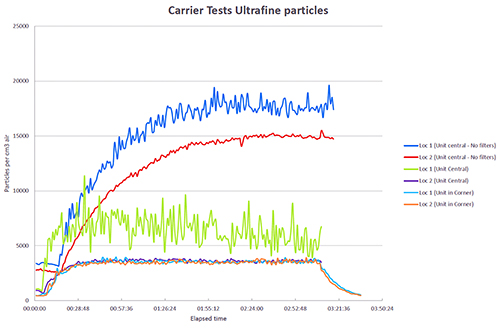 The BRE results show that OptiClean rapidly reduces the concentration of ultrafine, virus-sized particles in the air. 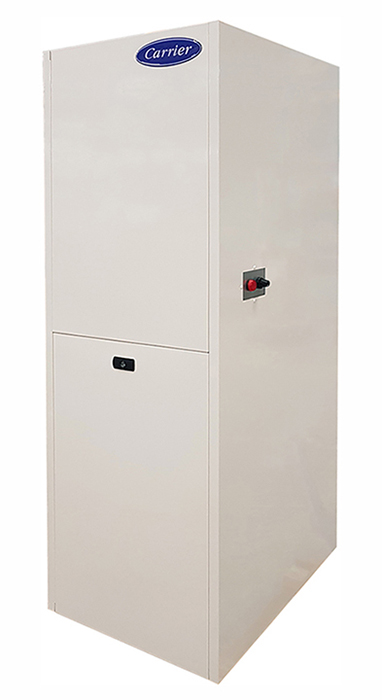 OptiClean can be used in offices, hotels, schools, shops and in the leisure industry. 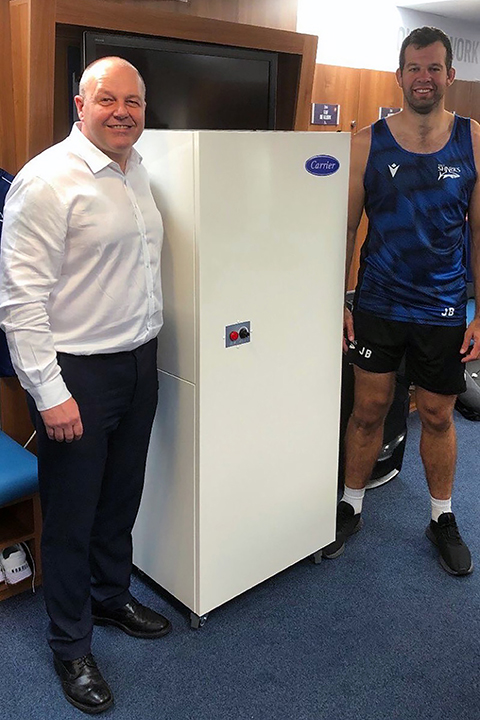